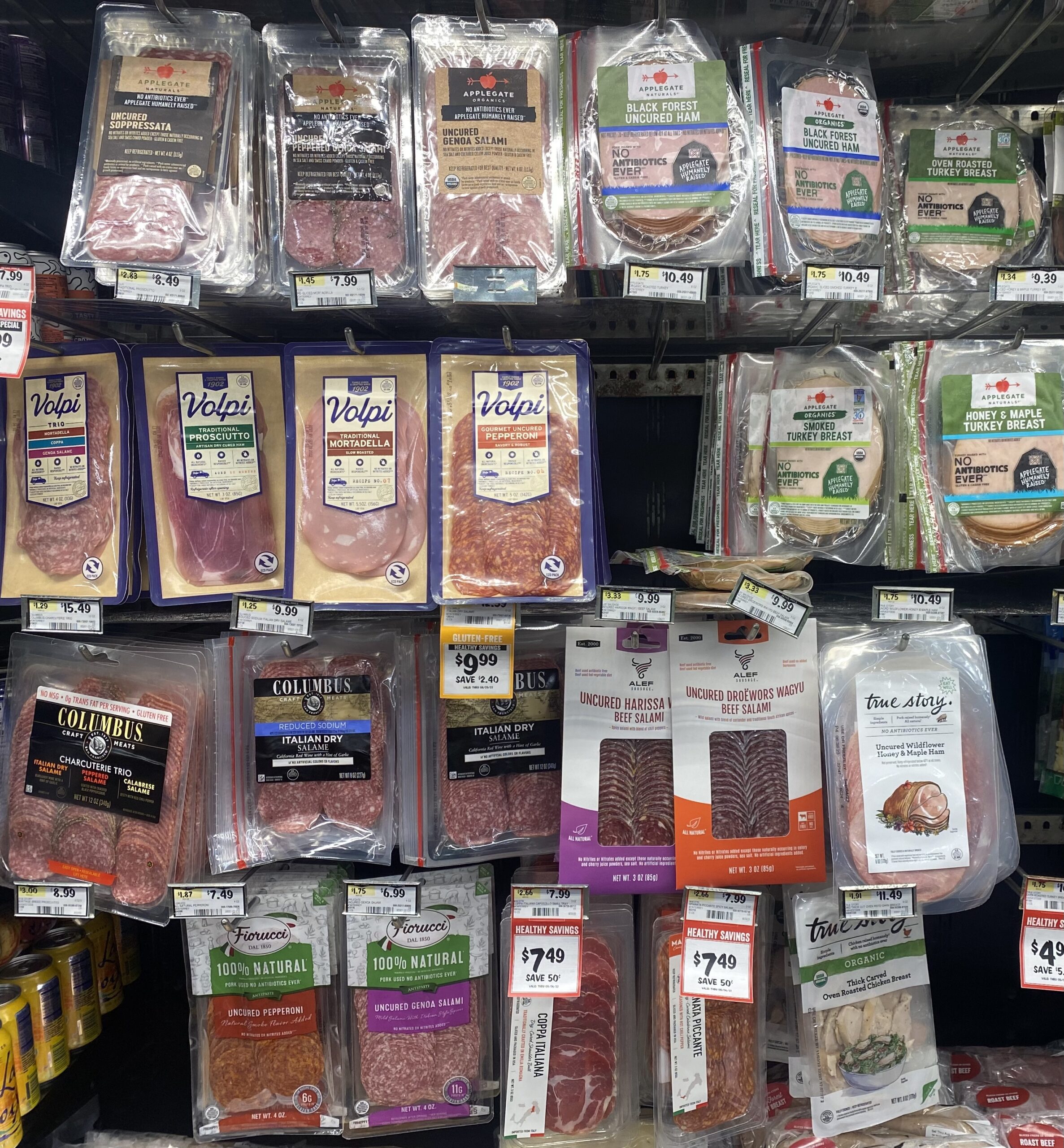 November 3 is known as National Sandwich Day. I previously covered the best choices of sourdough bread. Now that I’ve given my recommendations for the bread to build your sandwiches with, it’s time to get to the “Omnivore” part of The Appropriate Omnivore. I’m talking of course about the meat in it.

Cold cuts are meats cured using age old traditions. With the industrialization of food, both the meats and the way they’re cured have become denatured. Meat producers began looking for shortcuts. Processors added in nitrates, which have negative health effects. At the same time, farmers started raising livestock and growing crops on separate land. So lunch meats were often sourced from factory farms. Currently, so many sandwich meats are made from feedlot animals given feeds filled with pesticides and GMOs.

While the majority of cold cuts come from unsustainable sources, there are a handful of companies dedicated to finding farms with animals raised in humane conditions for them to produce their lunch meats. And all of them continue to expand the type of deli meats to include more options. 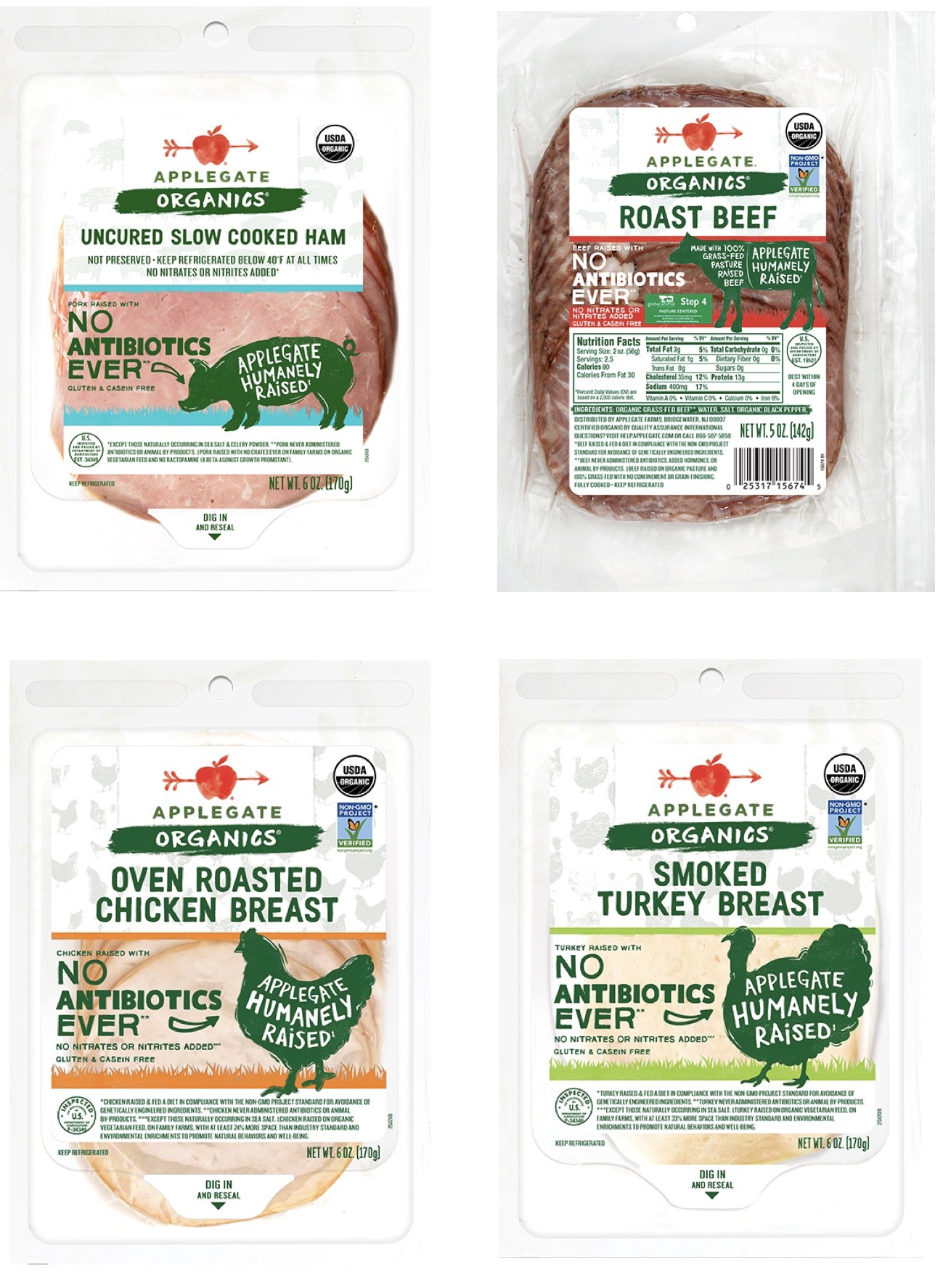 In 1987, Stephen McDonnell and his friend Christopher Ely bought Chris’ family business Jugtown Smokehouse, which produced smoked meats without any synthetic nitrates. Stephen started Applegate with the purpose of asking “what if you weren’t afraid to read a hot dog ingredient label?” Next they made deli meat which was antibiotic free, followed by introducing the first widely distributed deli meat with an organic certification. In 2015, all of their beef products became 100% grass fed. In addition to their grass fed roast beef and pepperoni, Applegate has organic deli slices of salami, ham, chicken, and turkey. 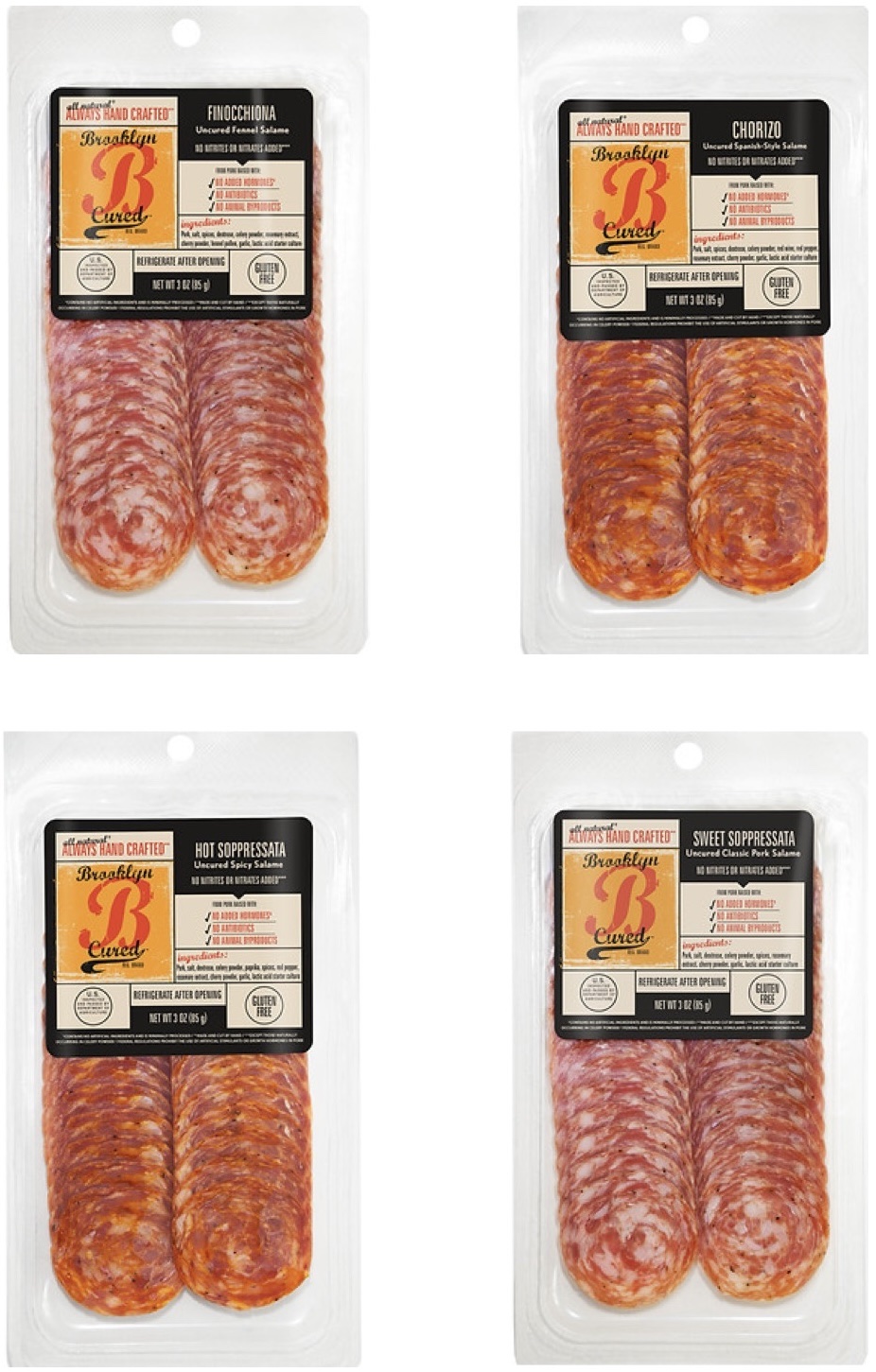 Brooklyn Cured founder Scott Bridi is a Brooklyn native who has spent over 15 years as a chef, butcher, culinary instructor, and charcuterie producer. In 2010, he founded Brooklyn Cured with the mission to create a larger market for sustainably raised meat. He sources heritage meats from farmers engaged in regenerative agriculture practices. Brooklyn Cured also supports local and national food banks hunger-reliefs organizations. Brooklyn Cured’s pre-slice charcuterie products are divided into their pork options of various types of salamis and their beef options of a couple types of salami as well as bresaola. 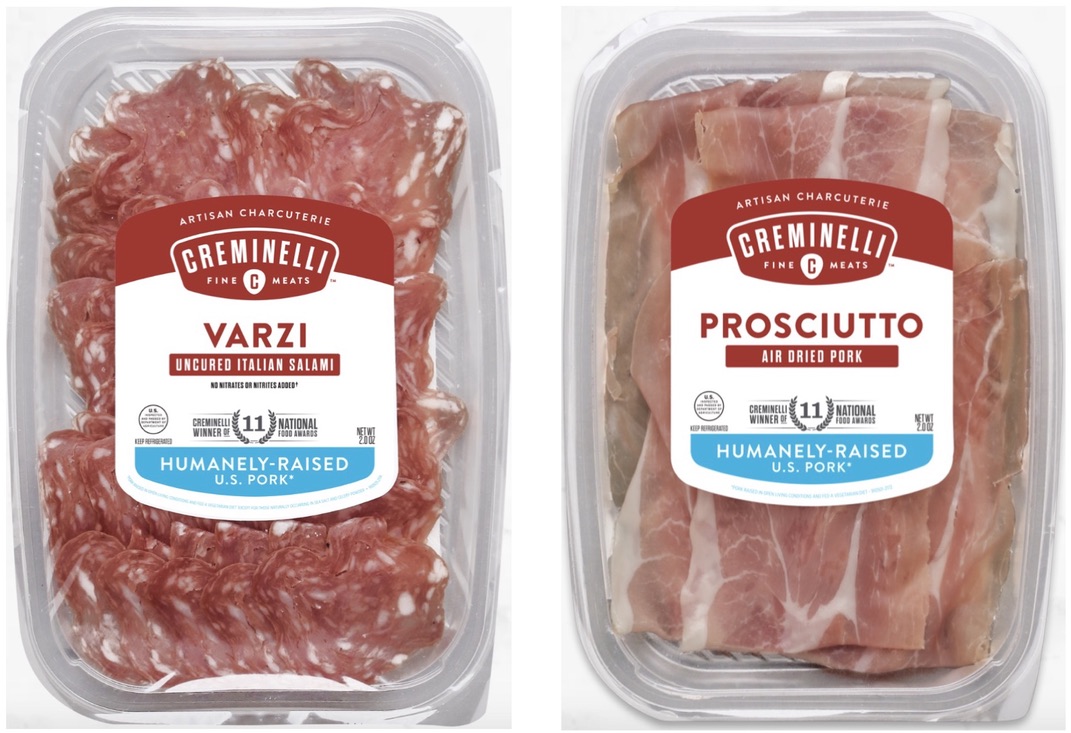 The Creminelli family comes from Biella, Italy, where they ‘ve been making artisan salami for centuries. Cristiano Creminelli began running the production for their salami when he was 25, earning his family an official recognition by Italy’s cultural ministry as Artisans of Excellence. In 2006, Cristiano moved to Utah to form Creminelli Fine Meats with business partners Chris Bowler and Jared Lynch and introduce the United States to his family’s artisanally cured charcuterie. Creminelli offers a diverse variety of salamis, including genoa, sopressata, calabrese, and varzi, along with prosciutto. 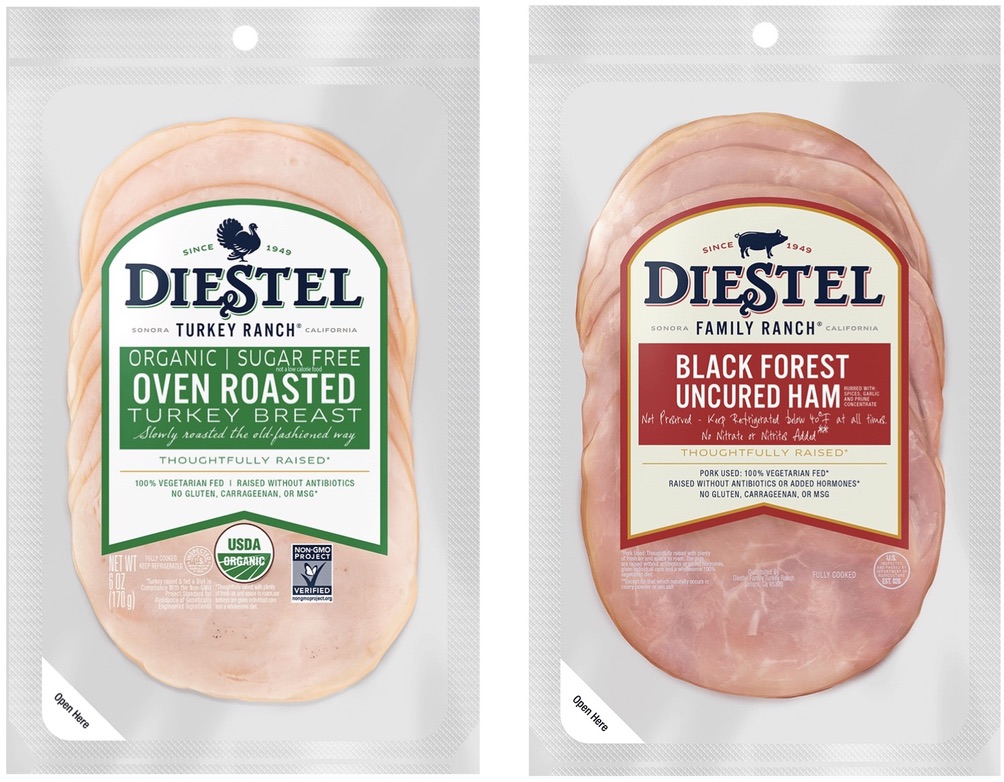 Back in 1949, Jack Diestel founded the Diestel Family Ranch based on philosophies and techniques he had learned from his Great Uncle Earnest. The farm remains in the family, maintaining the Diestel commitment to lean, clean, and delicious poultry. Recently Tim and Joan Diestel transitioned the business over to their children Heidi and Jason. The Diestels practice methods of regenerative agriculture and holistic farming to help rebuild the soil and restore biodiversity. Diestel composts its organic waste not only for fertilizer on their farm, but for other commercial farmers and even school gardens as well. They use fresh well water to clean their barns and pipes. They’re able to use less groundwater for farming as  they have a membrane water technology system, which eliminates the need to use chemicals. Diestel’s turkey comes in various flavors, such as smoked, oven roasted, and honey roasted. Plus they sell antibiotic free black forest ham. 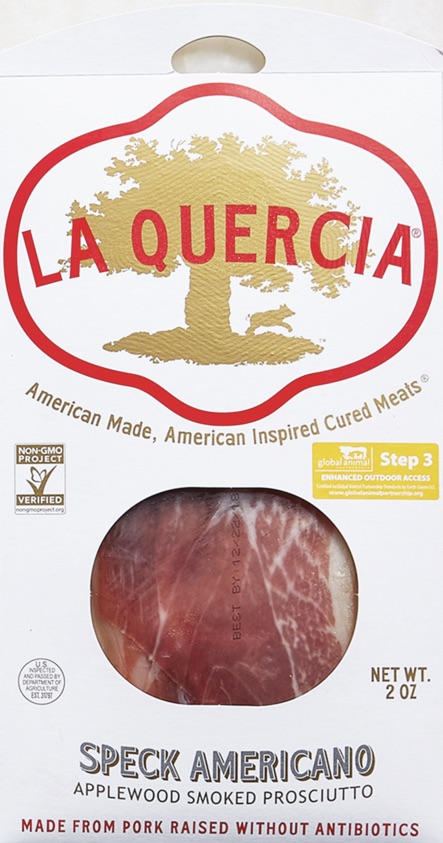 Herb and Kathy Eckhouse started La Quercia a little over a decade ago to create a premium quality American prosciutto based on what they had learned living for three and a half years in Parma, Italy, where prosciutto originates from. Along with taste, sustainability is a top priority for La Quercia. They source their pork from farmers who treat their animals and land responsibly. The vast majority of their pigs comes from within a 200-mile radius both of both where the animals are raised and the slaughterhouses where they’re processed. Their pork is cured with sea salt from the United States and organic spices when possible. The La Quercia facility uses energy efficient technology and eco-friendly packaging. While La Quercia’s main focus is prosciutto, they also cure salami, pepperoni, and pancetta. 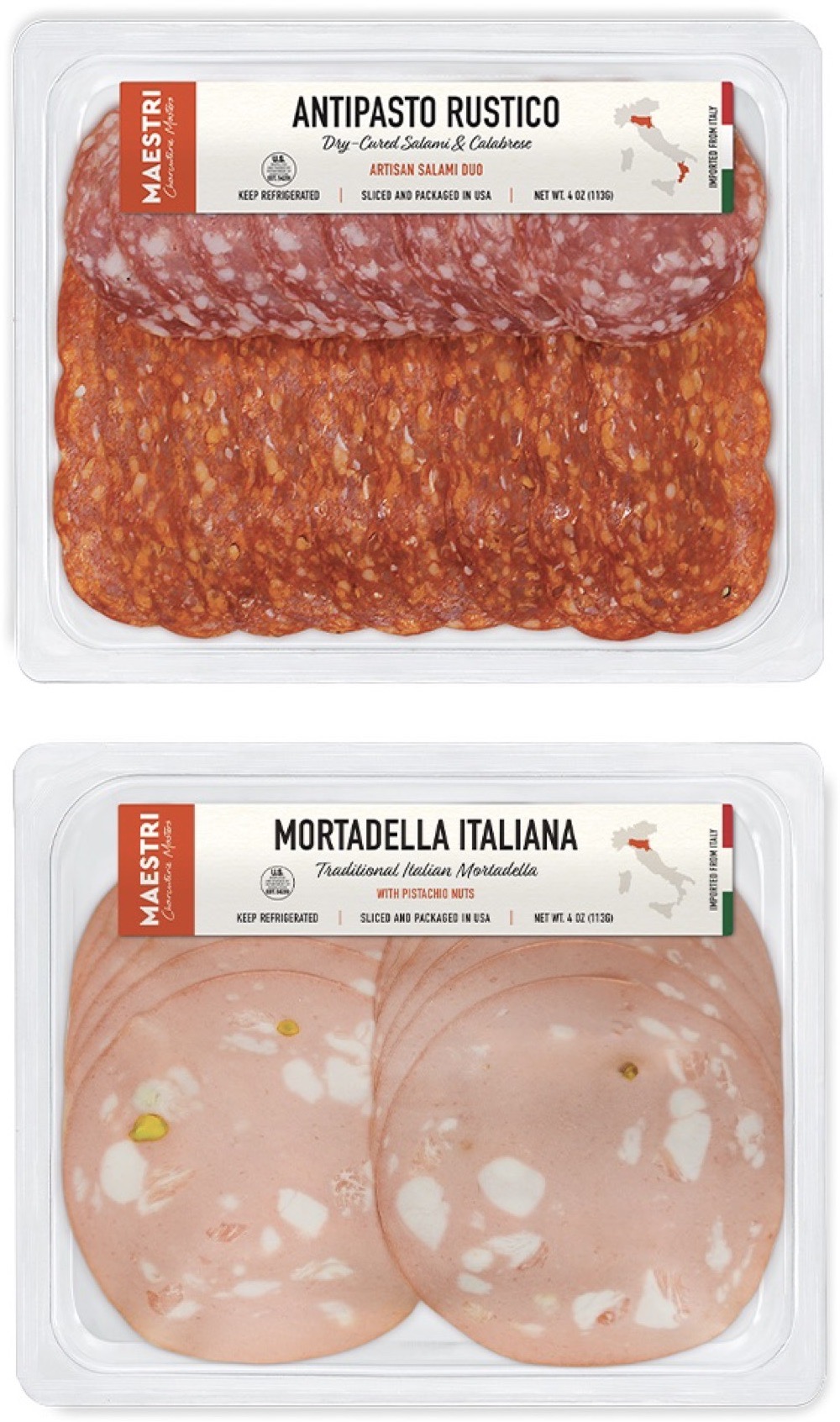 Europeans have been enjoying the charcuterie from Maestri for three generations now. Their deli meats come from Italy as well as Spain, France, and Germany. When looking for farmers partner with, simple things like surrounding air and water and what the animals are fed are all important. In 2014, Maestri began offering their specialties to American consumers. Their products range from Italian meats such as prosciutto, salami, coppa, and mortadella to European meats such as chorizo and jamon. 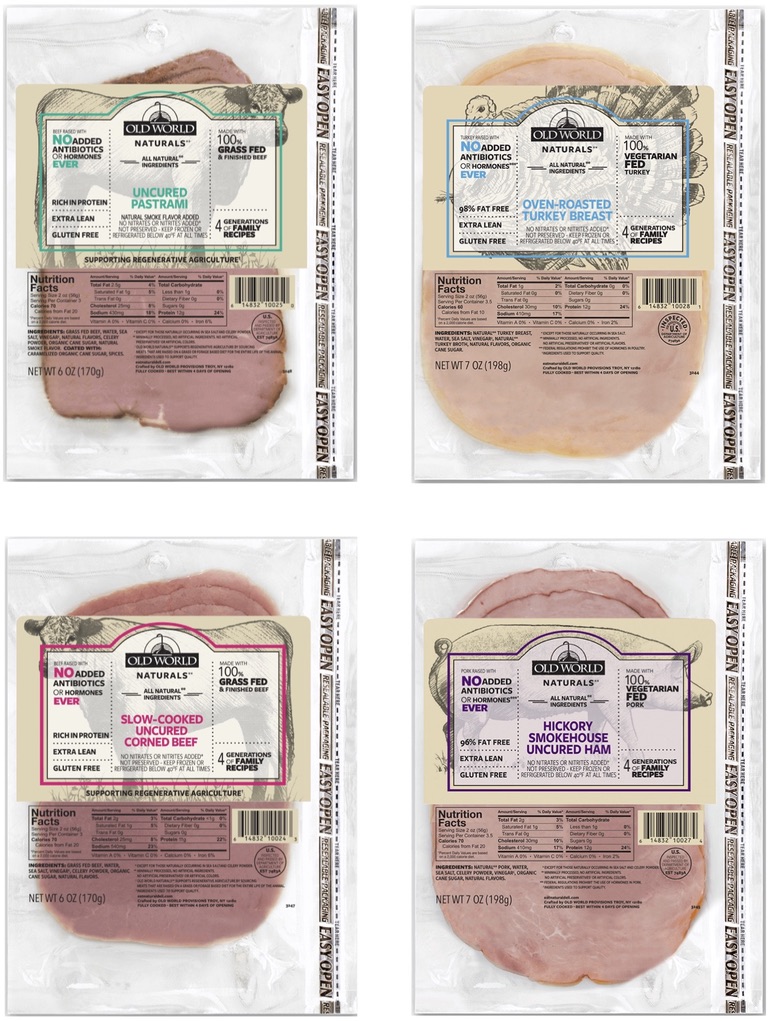 Old World Naturals is a collection launched by a fourth generation family in the deli meat business. Old World is proud to now be sourcing its meats  from sustainable farms. They’re currently looking at new ways to support sustainability and regenerative agriculture on a larger scale. In terms of their current practices, they  use 100% grass fed beef for their roast beef, corned beef, and pastrami. Old World Naturals’ other cold cuts are made with antibiotic free turkey and nitrate free ham.

In 1988, seven Wisconsin farmers in the Coulee region were fed up with industrial chemical farming taking over the American agriculture system. They created a cooperative of family farms known as CROPP (Coulee Region Organic Produce Pool). The coop later became Organic Valley, specializing in organic dairy. In 1996, they moved into the meat industry. They were the first in the industry to ban animal by-products from a cow’s diet. Today, they’re a cooperative of over 2,000 farms in 34 states plus Canada and Australia.  Organic Valley’s deli slices consist of 100% grass fed roast beef and organic pepperoni, ham, chicken breast, and turkey breast. 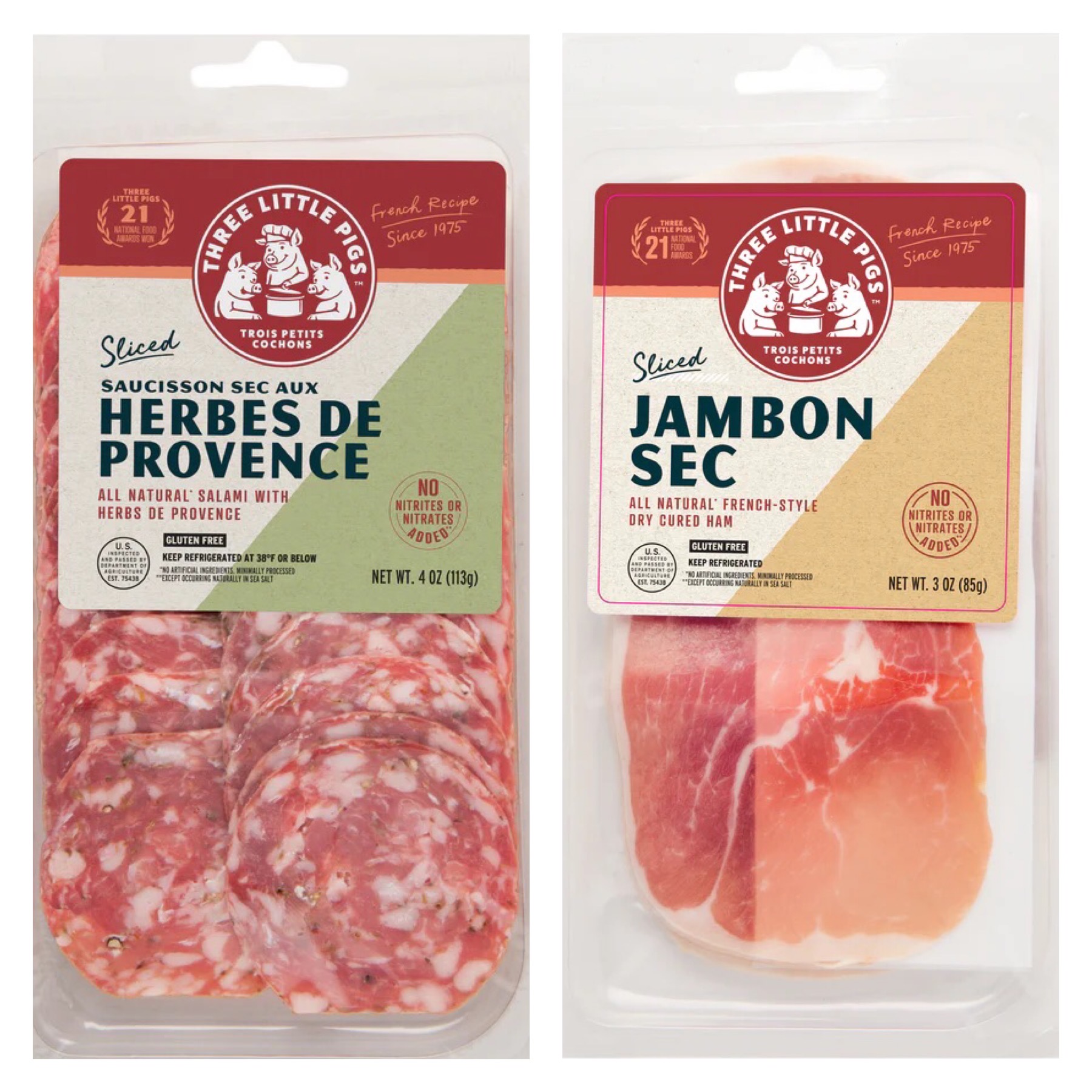 Three Little Pigs was founded in 1975 as a small Greenwich Villiage deli specializing in charcuterie by two French chefs who met while traveling to Africa. At this time, French home cooking was still a new concept in the United States. After Three Little Pigs received excellents reviews by culinary icons such as James Beard, Mimi Sheraton, and Craig Claiborne; their business thrived and soon won awards from the Speciality Foods Association. They then decided to close their deli in order to focus on production of selling their foods across the country. Three Little Pigs’ cured meats consists of salami, chorizo, and jambon de Paris. 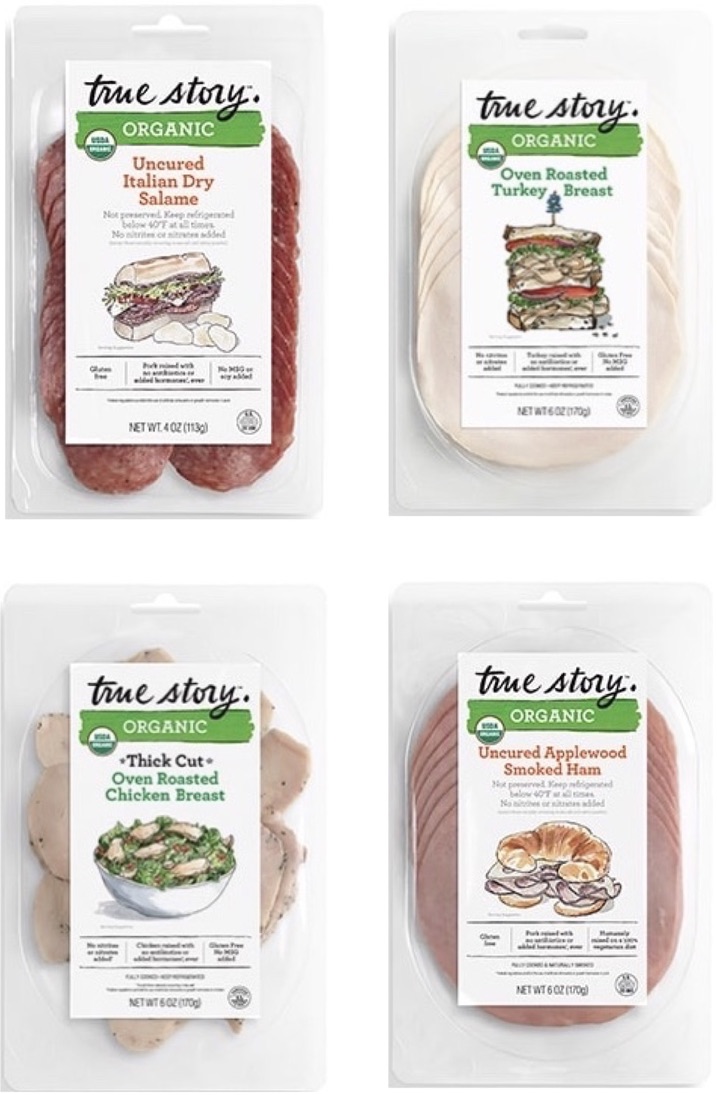 The people running True Story are third-generation food producers who have visited farms throughout America and Europe. Their methods for making their products go back to the way their fathers and grandfathers did things. True Story says their mission extends way beyond putting food on people’s plates by running a business which supports farmers, producers, and growers so we have a sustainable world for the future generations. True Story Foods’ line of cleaner deli meats includes organic pepperoni, applewood smoked ham, chicken breast, and turkey breast. 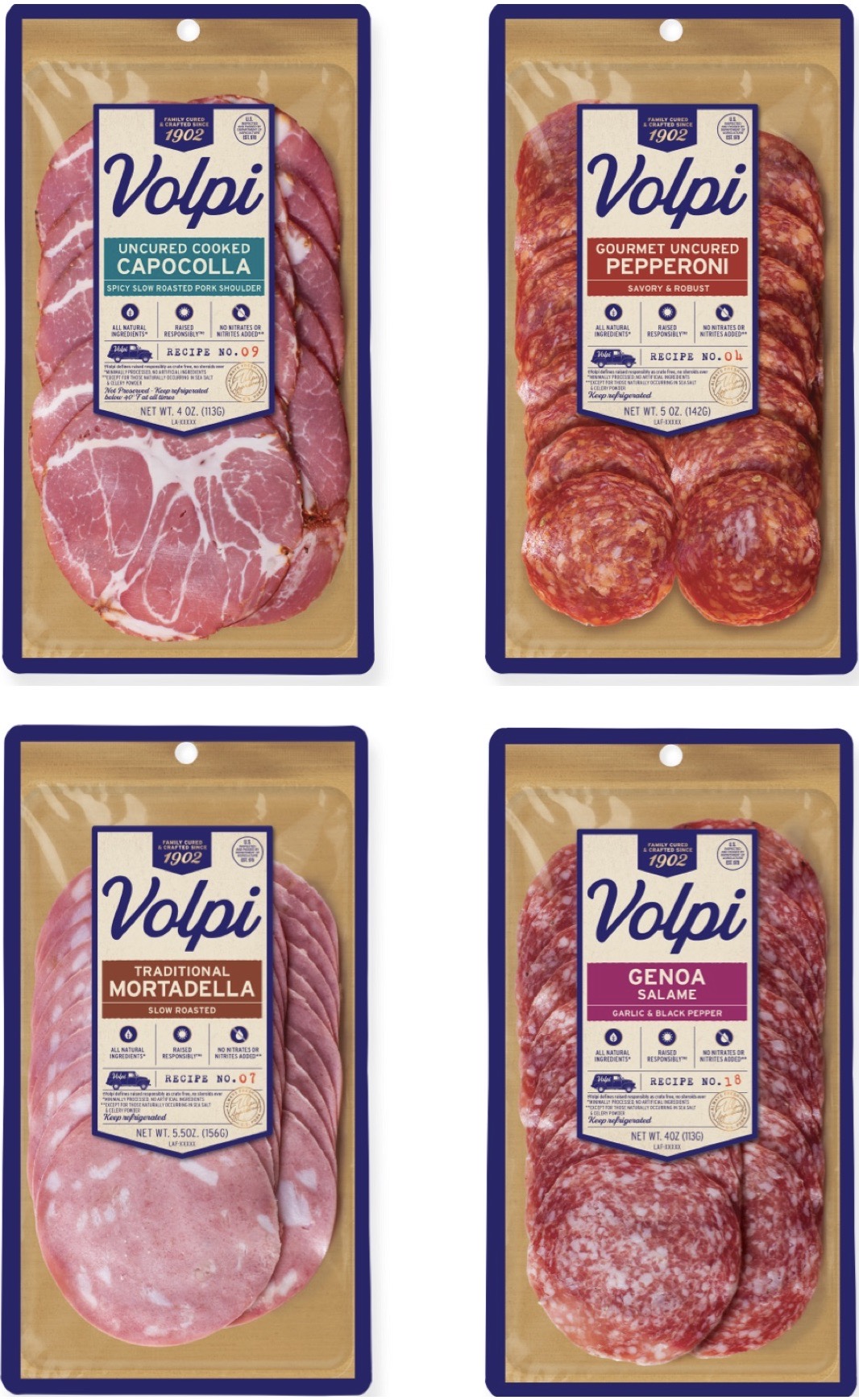 Volpi Foods‘ origins are on a hot summer night in 1899 when John Volpi arrived in the United States from Milan, Italy. Coming to America, he brought along the centuries old tradition of dry-curing meats overseas and bringing them to the U.S. midwest. Four generations later, the Volpi family continues the tradition of making the products by hand. And keeping with the promise of quality, Volpi has created its Raised Responsibly™ program. Practices of this program include comprehensive animal care from birth to harvest; herds with agricultural biodiversity; no gestation crates, steroids, or growth promotants; humane harvesting; third party animal welfare audits; and transportation audits. Volpi has a wide assortment of deli meats, including prosciutto, capicola, coppa, pancetta, salami, pepperoni, chorizo, and mortadella. 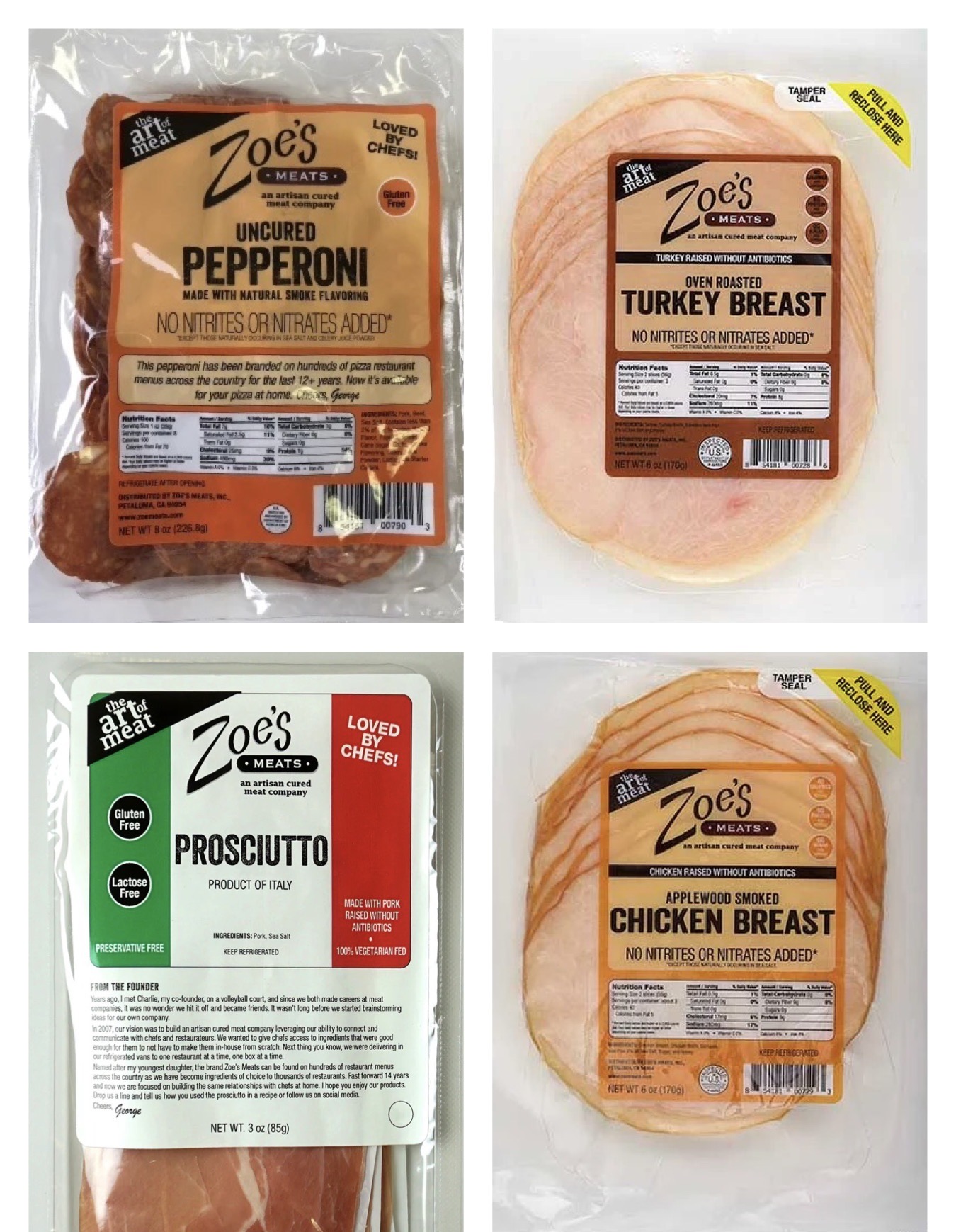 Co-founder of Zoe’s Meats, George Gavros and Charlie Hertz, first met while playing volleyball at the beach. They immediately became friends as they were both working in the food industry. They then began brainstorming ideas for a business they could form together and came up with an artisan meat company. They wanted to provide chefs with access to ingredients which were so good that the chefs didn’t have to make the ingredients from scratch in their restaurants. George named the business after his youngest daughter. Now Zoe’s is also focused on providing their meats to home cooks. Among their sliced meats are salami, pepperoni, prosciutto, ham, roast beef, chicken breast, and turkey breast.